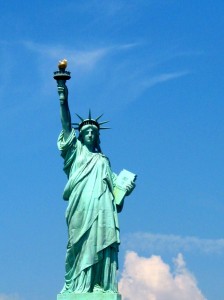 The old Continent is wilting in the global war against terror, just as it did when faced off against fascism and then communism. When at today’s summit with U.S. President George W. Bush the European Union will once again take its ally to task over Guantanamo, it will expose its own, not America’s, most serious moral crisis of the post-Cold War era. A philosopher — a French one no less — can try to set the facts straight and offer some Cartesian good sense.

Faced with dark forces that want to destroy our civilization, we might recall that the U.S. is not only Europe’s ally but the flagship of all free nations. If America can sometimes make errors, the sort of anti-Americanism that drives the hysteria over Guantanamo is always in the wrong. Guantanamo, though, is not an error. It is a necessity.

Demagogues, and European parliamentarians are among the shrillest, claim that it’s inconceivable to keep prisoners locked up without trying them in courts of law. With this simple statement they annul — or, better, ignore — customary law and legal tradition as well as basic human-survival instincts. Whether they are legal or illegal fighters, those men in Guantanamo had weapons; they used them; and they will likely use them again if released before the end of the conflict. This is the meaning of their imprisonment: to prevent enemy combatants from returning to the battlefield, the only humane alternative to the summary execution of enemy prisoners practiced by less enlightened armies. Which French general would have released German prisoners in 1914, before the end of that great war, at the risk of seeing these soldiers mobilized again? Which American general would have organized the trial of 10 million German soldiers, captured during World War II, before Berlin’s unconditional surrender?

The release « without charges » of, so far, a third of Guantanamo prisoners doesn’t mean that those still imprisoned are innocent, as some claim. Similarly, the release of Waffen SS members « without charges » was no admission that they should have never been imprisoned in the first place — or that their comrades who were still locked up were victims of undue process. Only those Nazis who committed crimes against humanity or war crimes, and whose crimes could be proven in a court of law, were tried at Nuremberg.

The demagogues further complain about Guantanamo’s isolation and the secrecy around it. Isolation? When Hitler attacked Britain, was Winston Churchill wrong in sending captured German soldiers to isolated camps in Canada from which they would be released only five years later, after the end of the war? He forbade the exchange of information between the prisoners to make it impossible for them to direct networks of Nazi sympathizers and spies inside and outside the prison. This was a rather sensible measure and one that is also necessary to combat Islamist terrorists, who plan their attacks in loosely connected networks and have demonstrated their capacities to expand these networks in French and British prisons.

Secrecy? This is a common practice in warfare, designed to obtain information without letting the enemy know who has been caught or when. It lets us try to infiltrate and confuse terrorist groups. It saves thousands of lives without harming the prisoners.

As for the wild accusations of torture, the European Commission and Parliament would be well advised to investigate with caution. Terrorists have been trained to claim, in case of capture, that they’re being tortured to win sympathy from free societies. Abuses happen. Republics make mistakes. But they forever differentiate themselves from tyrannies in that violations of the rights of man tend to be punished. In abusing prisoners, a Western soldier breaks the law and undermines the moral foundations of his country. American military courts made no such mistake when meting out stiff penalties to the disgraced soldiers of Abu Ghraib.

But where is the evidence of torture in Guantanamo? The famous incriminating report of the U.N. Commission on Human Rights, whose members include communist China, Castro’s Cuba and Wahhabi Saudi Arabia among others, was based purely on the testimony of released Islamists. Not one member of the commission even visited the camp, under the pretext that they couldn’t question prisoners in private.

What about the docu-fiction « The Road to Guantanamo, » winner of the Silver Bear at the 2006 Berlin Film Festival, which told the story of the three « innocents » kept « for no reason » in Guantanamo? Consider the tale told in this film. Leaving the U.K., supposedly for a wedding in Karachi, three British lads of Pakistani descent somehow ended up 1,200 kilometers away in Kandahar, an al Qaeda command center in Afghanistan, allegedly in order to hand out « humanitarian aid. » Our unlucky strollers then arrived with Taliban reinforcements in Kabul before going for a walk with them to the Pakistani border, where they were arrested « by accident. » We are asked to believe, on top of this unbelievable story, their accusations of torture that mysteriously left no marks.

The three Guantanamo suicides earlier this month were treated as the much sought-after evidence that will bring about the closure of the camp. Did we have to release Nazi leaders after the suicide of Göring? Did we have to close German prisons after the suicides of Rudolf Hess or the Baader-Meinhof group? Should French prisons be closed because 115 prisoners took their lives in 2004 alone? Well, some of them actually should. Many French prisons and detention centers for asylum seekers are truly horrific. But they are of little concern to the anti-American demagogues.

Instead of joining Kant’s « Alliance of Republics, » which is the key to victory against Islamic terrorism, these politicians lead the EU into the traps set by the terrorists. While soldiers from free republics are fighting together as brothers for the freedom of Afghanistan, in Brussels and Strasbourg demagogues sow division and battle the « American enemy. » From Swiss parliamentarian Dick Marty, who reported on the « CIA flights » for the Council of Europe, to Martin Schulz, the president of the Socialist group at the European Parliament, the alliance among free countries is rejected and relations with the CIA described as « complicities. » Even though the accusers confess they have « no evidence at all, » they insist the « secret prisons » where terrorists are kept without trial are real. They embellish the story with more than 1,000 flights — « torture charter flights » — supposedly arranged by the CIA.

The real strength of republics must be measured by the courage to fight for them. On this side of the Atlantic, this strength, once again, is lacking.